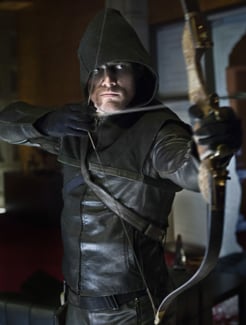 Add Arrow to the list of Fall TV successes: The CW has just picked up the brand-new series for a full season after two episodes. The superhero drama starring Stephen Amell has been getting great ratings for the network since its debut, with its premiere earning the biggest audience for a CW show since 2009. I'm excited for Arrow's pickup since it was one of our favorite new shows of the season — and Amell's vigilante archer isn't bad to look at, either.