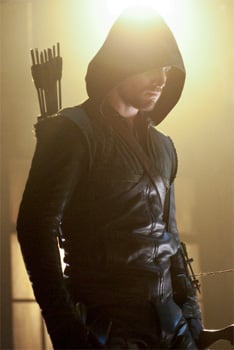 Those following sexy caped crusader Oliver Queen's vigilante action will be pleased to know that Arrow will be back for a second season. But wait, there's more good news: The Vampire Diaries has also received an early pickup for season five and Supernatural will continue its epic run with a ninth season.

None of these renewals comes as a big shock, but they are a big relief. Arrow has been The CW's most consistent freshman series and most-watched show on the network this season. The Vampire Diaries was a sure bet, and let's face it, Supernatural will probably be on until the end of time. Are you happy about the renewals?

TV
Fun Fact: I Know What You Did Last Summer's Alison and Lennon Aren't Actually Twins in Real Life
by Naledi Ushe 11 hours ago