Ashton Kutcher took the stage at the Winter TCA today with the rest of the cast of Two and a Half Men, plus creator Chuck Lorre, to talk about the current state of the CBS series. Kutcher's new haircut and clean shave were in the spotlight, and he revealed that the new look is going to be a plot point on the show. Lorre also talked about Charlie Sheen, and Kutcher's costars Jon Cryer and Angus T. Jones also chimed in about the comedy series. 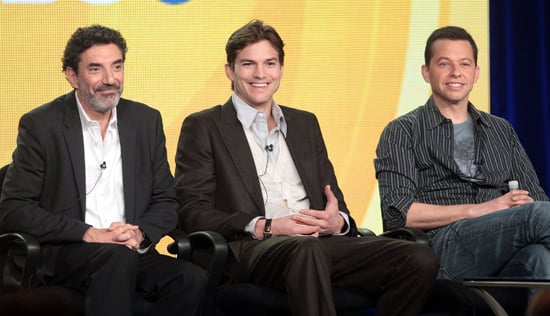