Most girls who love reading have a Jane Austen phase, but sometimes that phase turns into an obsession, like it does for Keri Russell's character Jane in Austenland. She's a modern-day American girl who'd rather live in Austen's world, so much so that she visits a theme park devoted to the author, the titular Austenland. The trip isn't necessarily as romantic as Jane had hoped — that is, until she catches the eye of not one, but two, charming, also-costumed Englishmen (Flight of the Conchords's Bret McKenzie and J.J. Feild). 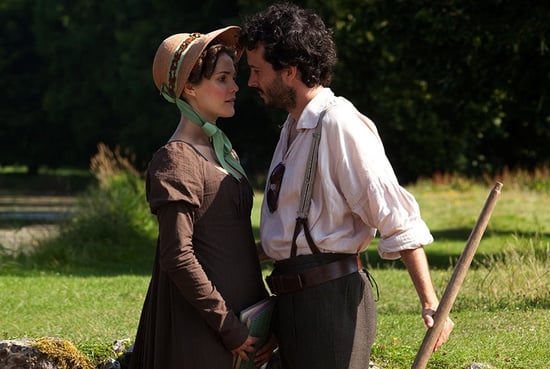 The trailer itself is frothy and charming (Bret McKenzie forever), and it has an added dose of humor, thanks to Jennifer Coolidge — whose usual over-the-top presence gets a corseted tweak. I've been curious about Austenland since it premiered at Sundance, so I'm excited to finally see it when it comes out Aug. 16. Take a look at the trailer after the jump.