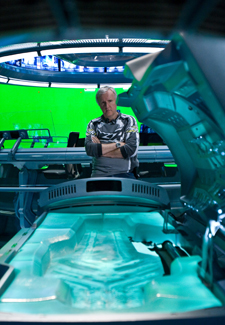 The latest rumored box office tally is putting Avatar in the No. 2 slot as the highest grossing film of all time — only behind James Cameron's other pet project, Titanic (though most of you prefer the latter). With such financial success, I'm guessing that Cameron is easily going to get his wish for a sequel to the film and possibly even a third.

Here's the question: is that a good thing?

Cameron himself has said that any follow-ups won't take nearly as long as the original (whew!) now that the technology has been developed — but sequels are all too often disappointing. Avatar has received so much hype this time around, could a second film possibly live up to the first? On the other hand, one of my complaints about the film was that the story wasn't fleshed out enough, and another entry in the saga would give Cameron the opportunity to develop the characters even further.

What are you feelings on the subject?

Netflix
Time to Say Goodbye! Over 50 Shows and Movies Are Leaving Netflix in November
by Kelsie Gibson 59 minutes ago

Hulu
Just Like Rebecca, These 11 Movies Are Sure to Give You a Thrill
by Grayson Gilcrease 1 hour ago

Reese Witherspoon
It's Officially a Perfect Day: The Legally Blonde Cast Reunited For the First Time Since 2001
by Mekishana Pierre 17 hours ago

Netflix
The Trial of the Chicago 7: Yes, Judge Hoffman Really Was That Awful
by Stacey Nguyen 18 hours ago

by Nikita Charuza 54 minutes ago