I never really expected Broken Lizard, aka the guys behind Super Troopers and Beer Fest, to tackle a movie about a couple trying to start a family, but here it is, in the form of The Babymakers. Paul Schneider and Olivia Munn play Tommy and Audrey, a married couple who decides they're ready to have a baby, but when they fail to conceive, they find that Tommy's sperm isn't up to par. When he remembers that he once sold a "batch" to a sperm bank, they decide to break in and steal it back. And that's when you realize that, oh, this is totally a movie from the Super Troopers guys. 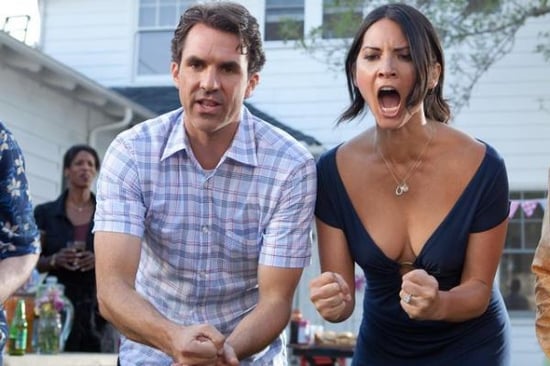 Even though I don't find the premise of this movie all that hilarious, the preview is pretty funny, and I have a big soft spot for the charming Schneider, whom I feel as if we haven't seen enough of since his Parks and Recreation exit. Plus, I love seeing the familiar faces of the Broken Lizard guys as Tommy's accomplices. The movie comes out later this Summer, but you can see the trailer now when you read more.