Emily is in it to win it this season. And by that I mean she wants to win a husband and will tell anyone who proves themselves unworthy to "get the f*** out" of her way. (Her words, not mine.) After last week's snoozer of an episode, we finally got treated to some class-A drama when one of the contestants dared to refer to Mama Bear's cub as "baggage." But we'll get to that — first, let's explore historic London on this week's episode of The Bachelorette! 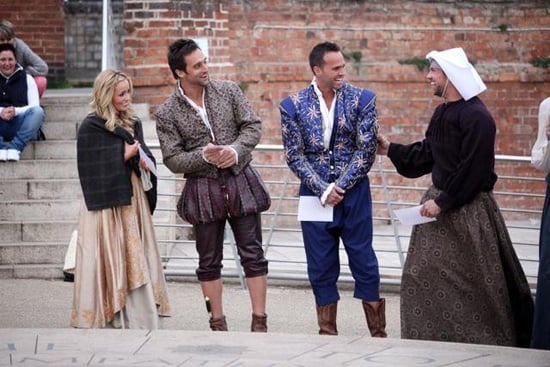 I'm recounting the good times, and especially the bad times, from this week's episode when you read more.

That's another week on The Bachelorette. What did you think of the episode? Was Jef's heavily anticipated first kiss magical or kind of a dud? Sad to see Alejandro will not be the Romeo to Emily's Juliet? Excited to head to Croatia next week?

Netflix
Jealous of the Outer Banks Cast? Wait Until You See How Much Fun They Had Behind the Scenes
by Grayson Gilcrease 23 hours ago