This week was the most eventful episode of this season's Bachelorette yet. There were harnesses, country superstar Luke Bryan, screaming children, and Dolly Parton, not to mention the death-defying stunts and hardcore interrogations. Just another day at the office for Chris Harrison, I suppose. Let's chat about this exciting chapter! 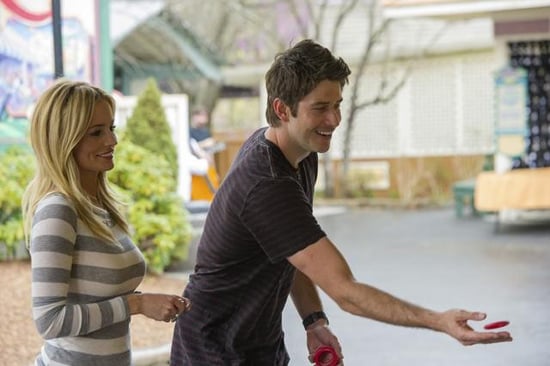 I'm recounting the good times, and the especially bad times, from this week's episode when you read more.

Were you as shocked as the contest-gents when Emily was spotted making out with Ari in the house? Do you think friend Wendy is putting in a bid for her own reality show? Are you sad DJ Sean got cut? Still wondering if they fit an episode bottle of wine into Emily's megaglass? There were so many amazing whoa!-ments this week, did I miss any?

TV
If You Love Ted Lasso Like Dani Rojas Loves Football, Try Out These 14 TV Shows Next
by Amanda Prahl 18 hours ago