Emily knows nothing tests a man's masculinity like putting him in a skirt, which is exactly what she did last night on The Bachelorette. The lady of the mansion took her whole band of suitors to Croatia, where they strolled through the streets and competed in their own version of the Highland Games. The Scottish theme made sense because Scotland is only 1500 miles from Croatia, so, you know. But most of the biggest whoa-ments of the night happened off the competition field. 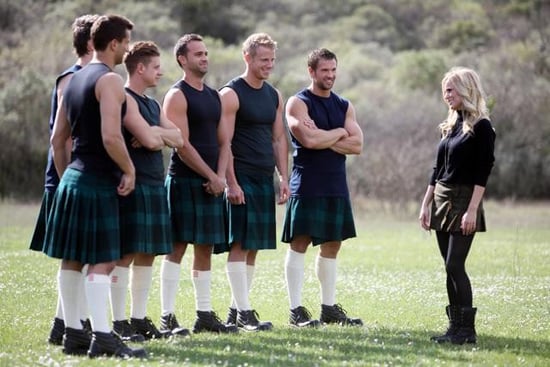 I'm recounting the good times, and especially the bad times, from this week's episode when you read more.

What did you think of the episode? Did Emily make the right decisions sending Travis and Ryan home? What do you make of the upcoming episode teaser? Did you know Arie was involved with a producer back in the day?

Beauty News
Who Are the Artists on Netflix's Tattoo Redo? You're Probably Already Familiar With a Few
by Danielle Jackson 22 hours ago

Netflix
Calling All Sexy Beasts: Get Ready For Season 2 to Drop Later This Year
by Emily Weaver 1 day ago