Usually when movies tackle a teenage murder or school shooting, most of the focus is understandably given to the victims and their families. But one thing I've always wondered about is the gunman's parents and the guilt they're left to live with. The upcoming film Beautiful Boy shifts the story to their perspective. 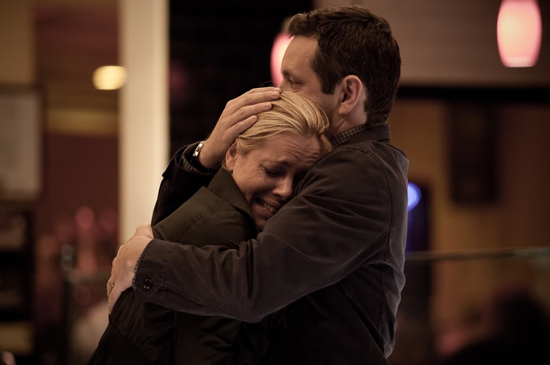 Michael Sheen and Maria Bello star as a couple whose lives are rocked after receiving the news that their 18-year-old son opened fire at his college, killing students and faculty members before turning the gun on himself. His actions leave the mother and father completely bewildered: what did they do wrong? Was their son a bad person? It creates a strain on them not only as parents but on their marriage as well, as they try to understand their son's behavior and grieve his death. The trailer looks heavy to say the least, but it appears the film also has a message of hope, which should make it more palatable. Take a peek after the jump.

Netflix
Enola Holmes Gets a Happy Ending, but Not Before Solving a Big Mystery
by Grayson Gilcrease 36 minutes ago

Nostalgia
Test Your Legally Blonde Quotes Knowledge Now with This Quiz — What, Like It's Hard?
by Amanda Prahl 39 minutes ago

Nostalgia
Upon Rewatch, Smart House Is the Scariest Disney Channel Original Movie Ever Made
by Sabienna Bowman 59 minutes ago

Netflix
The Reason Behind Viscount Tewksbury's Chase in Enola Holmes Is Elementary, My Dear Reader
by Brea Cubit 1 hour ago