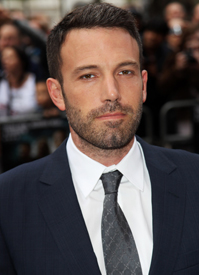 Ben Affleck: the filmmaker, is quite the hot commodity these days. He was recently offered directorial duties for Replay, a film that's been in development for 22 years. The movie is about a man in his 40s who dies but wakes up in his 18-year-old body and gets the chance to take opportunities he didn't in his first life.

It's definitely lighter fare than the previous films Affleck has directed, but the premise sounds fanciful nonetheless. The actor isn't set to star in Replay just yet — but considering the fine double duty he pulled in The Town, it sounds like it's a possibility. Affleck seems to be aging backwards anyway, so portraying a man in his middle age and youth might not be much of a stretch.