Ben Affleck may have lost the battle (in this case, getting an Oscar nod for best director), but he won the award season war when he accepted the Oscar for best picture last night. The Argo director got a bit flustered when he took the stage, but he still sweetly thanked his wife, Jennifer Garner, his three kids, the crew of the film — and everyone in Canada. Watch the clip here, and don't forget that the full Oscar show can be viewed online for the first time at ABC.com, the ABC player for iOS and Hulu Plus. 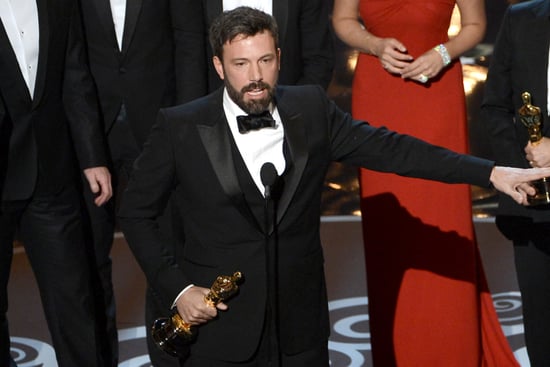