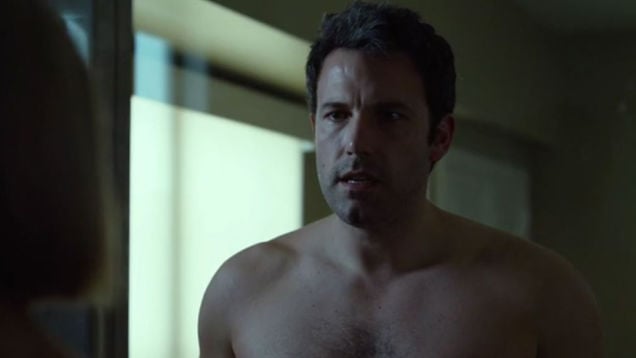 It's been exactly one year since high-quality footage of Ben Affleck's shower scene in Gone Girl hit the Internet — one year since we were treated with a high-quality view of his genitals. Since Gone Girl hit theaters last October (and recently became available on HBO), much has been made of the actor's decision to show "very brief nudity" near the end of the film during a tense shower scene with onscreen wife Rosamund Pike. Ben confirmed early rumors of his being in the buff during an interview with MTV while promoting the movie in 2014, saying, "The penis is in there," and joking that it looks better in 3D. Soon after, his now-estranged wife, Jennifer Garner, touched on the subject in a sit-down with Ellen DeGeneres, telling the crowd, "What I have to say is, 'You're welcome.' I just try to consider myself a charitable person and I wanted to give back. You give me so much, I wanted to give something back to all of you." Man, how times have changed.

In honor of the one-year anniversary of this very NSFW full-frontal footage, we're looking back and giving our thanks to Ben Affleck — not to mention Gone Girl director David Fincher and hell, even the book's author, Gillian Flynn — for their generosity. Keep scrolling to see Ben Affleck in all his glory, and check out all the times he looked great in clothes as well.