In a small Texan town, Bernie Tiede (Jack Black) is an assistant funeral director, revered as one of the community's most kind and loved folks. He becomes friends with Marjorie Nugent (Shirley MacLaine), who is an affluent older widow known around town for being a serious sourpuss. At first everyone appreciates Bernie's help, but as Marjorie becomes increasingly dependent, Bernie struggles to keep up with her demands. After months of not seeing Marjorie around, the town learns that she has been dead for some time. The kicker? Bernie — "the nicest fella in town" — is being charged with her murder. 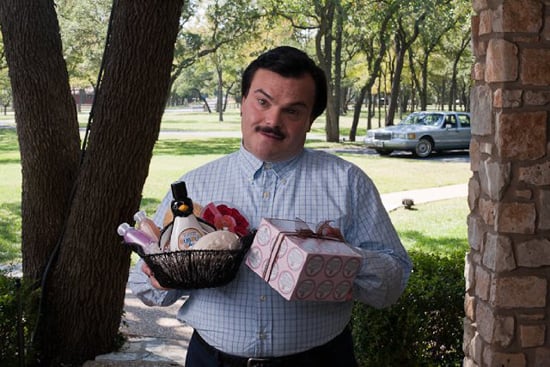 Jack Black is one of my favorite fixtures in comedy, and I can see how he steps up to the plate for this film. I also can't turn down anything with some solid Matthew McConaughey; he plays a cowboy-like character in the film who wants to bring Bernie down. To watch Jack Black kill it in this trailer, just watch after the jump.

Netflix
This October, Netflix Is Turning Up the Heat With a Steamy Lineup of Sexy Movies
by Emily Weaver 11 hours ago