Franchises are king at the box office these days, which is why the list of the year's best action movies is dominated by sequels, superheroes, and reboots. Still, there's room for some run-of-the-mill action flicks next to Peter Parker and James Bond. Joseph Gordon-Levitt and Bruce Willis teamed up in Looper, Ryan Reynolds squared off with Denzel Washington in Safe House, and Kristen Stewart made a fairy-tale princess into a badass rebel in Snow White and the Huntsman. Whether you're a Hunger Games girl or an Avengers fanboy — or neither! — vote for the best action movie of 2012. 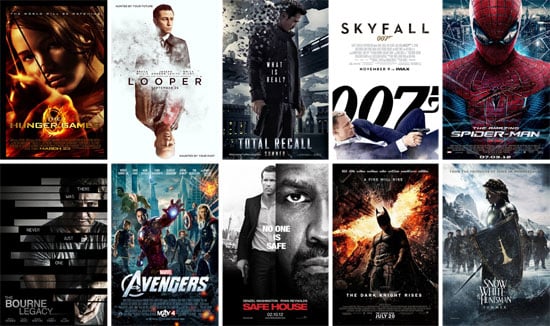 MoviesBest Of 2012
Around The Web