My favorite movie about a movie about a war is indubitably Tropic Thunder. Ben Stiller wrote, directed, and starred in the comedy that pits a group of stars against the Viet Cong. A lot of Tropic Thunder's best quotes are NSFW — including 99% of Les Grossman's (Tom Cruise) expletive-laden diatribes — but here are a few of my favorite lines. 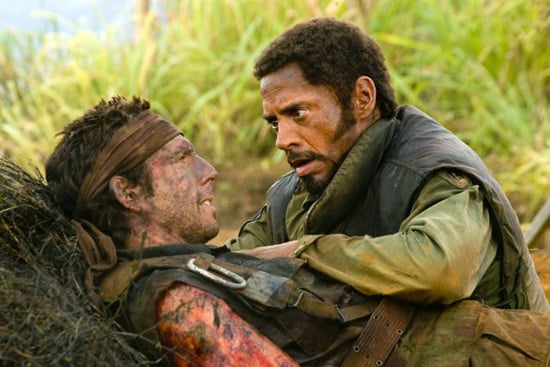 Shirtless
After Seeing These Pictures of Resort to Love's Sinqua Walls, We're Going to Need a Minute
by Grayson Gilcrease 7 hours ago