Taylor Swift was crowned Entertainer of the Year a few weeks ago, but Entertainment Weekly isn't the only publication giving out titles. The AP just made its own decision, and The Associated Press has gone with someone just a smidge older — Betty White! 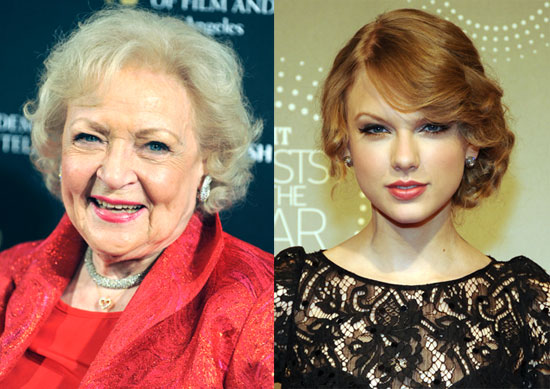 The former Golden Girl (whose huge year we've already paid homage to) just narrowly beat out the cast of Glee for the honor. White remained humble in her response to the accolade, saying, "It's ridiculous. They haven't caught on to me, and I hope they never do."

Most of you think that 2010 is not the year of Taylor, but is it the year of Betty? Who wins your vote for Entertainer of the Year (or would you choose someone else entirely)?

Taylor Swift
I Made My Cat Try a Cat Backpack Because of Taylor Swift, and TBH, He Seemed Into It
by Maggie Panos 4 weeks ago