Check the calendar: it's September 2, 2010, otherwise known as 9/02/10! Because I love any excuse to dredge up references to the original Beverly Hills, 90210 series, I'm celebrating with a nostalgic 20-question quiz. So let's head way back to the '90s and see how well you remember Brenda, Brandon, Dylan, and everyone else in TV's most glamorous zip code. 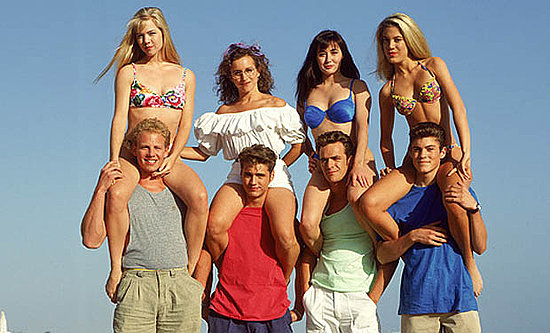 What year in high school are Brenda and Brandon in when they start at West Beverly High?

What kind of car does Dylan McKay drive in high school?

How old was Gabrielle Carteris when she started playing Andrea Zuckerman?

What is Brenda's fake last name when she visits Paris with Donna?

To whom does Kelly lose her virginity?

What is the name of Steve Sanders's mother's TV show?

David's best friend Scott Scanlon accidentally shoots himself in season 2; what is his sister's name?

Why does Donna get so drunk at the prom?

What is the name of the drug Emily Valentine gives Brandon at a club?

Which band do Donna, David, Kelly, and Brenda track down at an LA hotel?

What is the name of the California University newspaper Brandon works on?

True or False: Andrea's pregnancy was written into the show because Gabrielle Carteris was pregnant in real life.

Which of these characters never live in the college-era beach apartment?

What play does Brenda audition for in college?

What does Valerie do to first cement her image as a "bad girl"?

Why isn't Brandon in town when Kelly is burned in a house fire?

Where does Brenda move to during college?

How does David propose to Donna?

Which of the following characters don't show up to David and Donna's wedding?

Netflix
Never Have I Ever . . . Wanted to Be More Like Devi Vishwakumar
by Navi Ahluwalia 5 hours ago