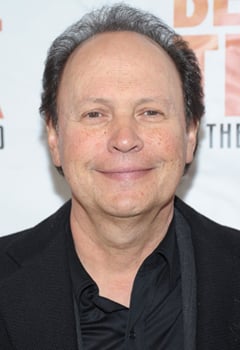 That was fast! Following yesterday's announcement that Eddie Murphy was stepping down as Oscar host in the wake of producer Brett Ratner's resignation, the Oscars have found their new emcee. The Academy has confirmed that Billy Crystal is hosting the Oscars after Crystal tweeted, "Am doing the Oscars so the young woman in the pharmacy will stop asking my name when I pick up my prescriptions. Looking forward to the show."

The Academy had just hired a new producer, Brian Grazer, and though it will be Grazer's first time working on the broadcast, Crystal is old hat. This will be his ninth time as host, and I'm personally excited — he's my favorite Oscar emcee (I'm already pumped about the 2011 movie medley). Are you glad that Crystal is hosting?