Billy Crystal took on hosting duties for this year's Oscars, and the seasoned vet (this was his ninth time as emcee) seemed comfortable being back on stage. As I'd hoped, Crystal brought back his trademarks, like the opening montage spoofing the nominees, along with his song-and-dance medley that skewered stars and movies alike (sample lyric: "George is cracking up because his wife is shackin' up"). I enjoyed Crystal's hosting, mainly because it felt pretty classic; then again, using his old routines may have felt safe or boring to some people. Still, it was far better than Anne Hathaway and James Franco's effort last year. I'd like to hear what you guys thought of Crystal, though — do you think he succeeded as host or not? 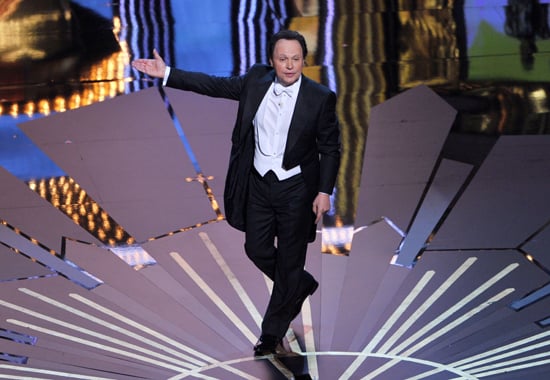 Movie Trailers
A Wendy Williams Movie Is Coming in 2021, and It Looks Absolutely Wild
by Grayson Gilcrease 51 minutes ago

Sarah Paulson
Freaked Out After Watching Run on Hulu? Let's Discuss That Twist Ending
by Camila Barbeito 19 hours ago

Holiday Entertainment
If You've Seen Happiest Season, You Know Who the Real Hero Is: Jane
by Maggie Panos 23 hours ago