In the upcoming film Limitless (formerly known as Dark Fields), Bradley Cooper stars as a down-on-his-luck schlub who becomes the man of his own dreams thanks to a wonder drug. The film doesn't have an official trailer yet, but today we get our first peek at the movie in the form of an ad for the drug, called NZT. As you can see (and Cooper explains), taking the pill will allow you to look better, think faster, and feel stronger (sounds a bit like Felix Felicis if you ask me). So what's the catch? Side effects include little things like homicidal blackouts and brain damage. Yikes. 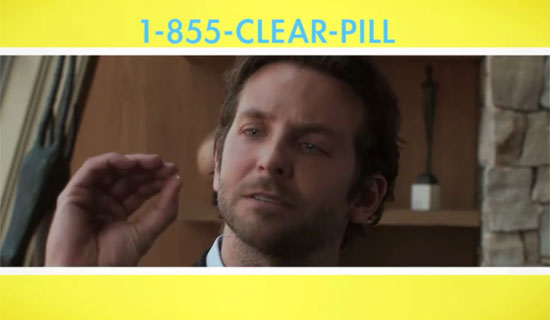 We'll get a better idea of what kind of trouble Cooper's character is in for when the movie hits theaters next March, but get a feel for the film when you read more.