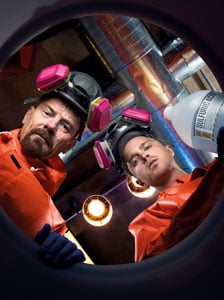 We knew that Breaking Bad only has 16 episodes left in the series, but how those episodes would be distributed was a mystery — until now. Star Bryan Cranston has confirmed that Breaking Bad's final season will be split, with half showing this Summer and the rest airing sometime next year. Cranston also revealed that the final season will pick up right where we left off, with Gus Fring's death. I'm not surprised that AMC is stretching out the final season of the show, though I'm already dreading the wait for that final batch of episodes. How do you feel about this news?