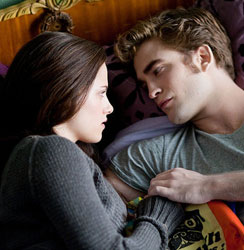 There's less than two months to go before Eclipse hits the big screen on June 30, and now there's another Twilight date to look forward to. Summit just announced that the fourth installment of the series, Breaking Dawn, will arrive in theaters on November 18, 2011. There were only seven months separating the release of New Moon and Eclipse, but there will be a whopping fifteen to wait until Breaking Dawn arrives. It'll be a long time before we get to see the fourth film in the series, so tell us what you think of the release date news — yay or too far away?