Burning Love, the popular web series that spoofs The Bachelor, is back for a second season, and this time there will be plenty of male comedians in the dating pool. After being rejected in season one, June Diane Raphael stars as the bachelorette. Alongside season one veterans like Ben Stiller and Adam Scott, funny newcomers Adam Brody and Michael Cera will be vying for June's attention, hoping to "hold her box" after each "box ceremony." Fans of the series can expect the same hilarious, ridiculous brand of drama — everything from puppet shows to tap dancing, from spanking to bad hair extensions. As June says, "Every feeling that there has been to feel, I have felt." 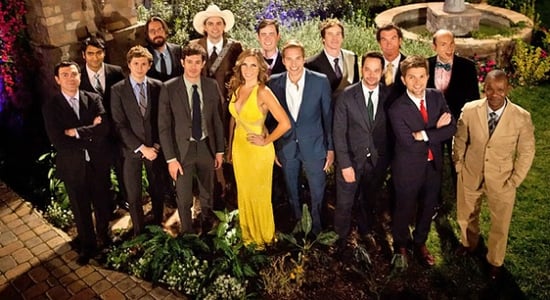 The series premieres on Valentine's Day, but you can catch a sneak peek from the trailer below.