Ready for some more vampires on the big screen? Instead of the common focus on romance, Byzantium revolves around the relationship between mother and daughter vampires, Clara and Eleanor (Gemma Arterton and Saoirse Ronan). The trailer gives us a peek at their dynamic: Clara is a prostitute without much humanity save for her feelings for her child, and daughter Eleanor sometimes has to tell mom not to attack victims. Their lives are threatened when young Eleanor falls for a human boy (X-Men: First Class's Caleb Landry Jones) and Clara doesn't exactly support the union. 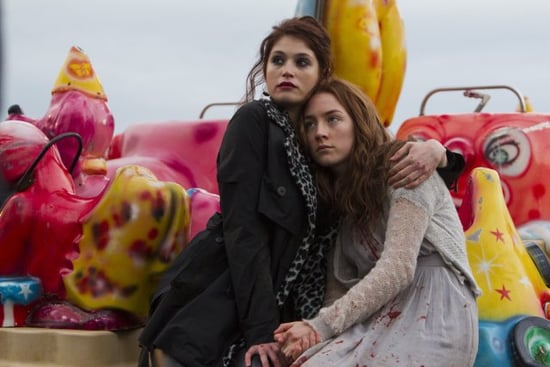 Aside from its central relationship, Byzantium doesn't seem to be bringing anything particularly fresh to the bloodsucker genre, but it is directed by Neil Jordan, who directed Interview With the Vampire. The man knows his way around a gothic vampire tale, so I'm curious to see more, especially since I like both Arterton and Ronan so much. Byzantium comes out June 28, but you can check out the trailer after the jump.