The Super Bowl is usually rife with clever ads, but I also keep my eyes peeled for the new movie trailers. If you paid close attention during this year's commercial breaks, you probably caught a handful of spots for upcoming films, including a closer look at Captain America: The First Avenger. 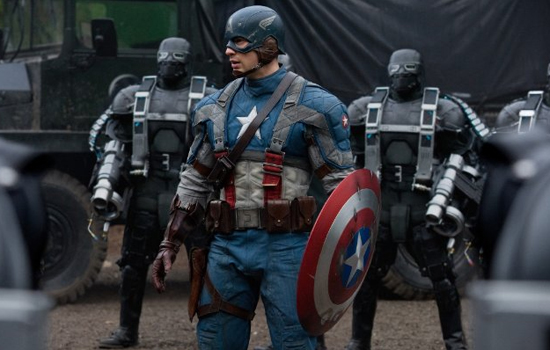 Chris Evans plays Steve Rogers, a scrawny military hopeful who submits his body to a research project. After entering a special scientific chamber, he emerges with a six-pack that could put The Situation to shame. The preview also includes quick glimpses at Stanley Tucci, Tommy Lee Jones, Hugo Weaving (donning his grotesque makeup as Red Skull), and love interest Hayley Atwell. Take a look and share your thoughts after the jump.