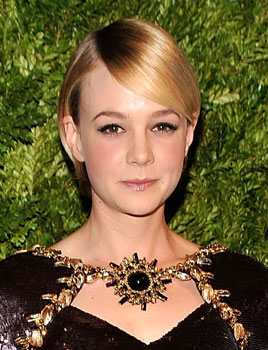 Good news for those of you who didn't like the idea of Rebecca Hall as Daisy Buchanan in The Great Gatsby: director Baz Luhrmann has chosen Carey Mulligan for the role. Apparently Mulligan burst into tears on the red carpet when she heard the news — could she be any cuter?

For those of you who aren't familiar with the F. Scott Fitzgerald novel, Daisy is an outgoing yet shallow young woman who finds herself caught between her "old money" husband, Tom, and her "new money" paramour, Jay Gatsby. Gatsby's infatuation with and love for Daisy prove to be the crux of the story (along with the age-old questions related to relationships and social standing).

I know many of you were hoping to see Amanda Seyfried land the part, but how do you feel about Mulligan? If Luhrmann locks in Leonardo DiCaprio (as planned) as Gatsby, this is one big-screen romance I can't wait to see — especially since we know Mulligan can hold her own opposite an older love interest.