"She wasn't some monster, she was just a girl," one woman claims in a voice-over in the first teaser for the remake of Carrie. That sentiment isn't exactly backed up by the images we see. The footage opens with a pan of the town that Carrie (Chloë Moretz) destroys on her prom night. The gym is aflame, as is almost everything in her path, leading up to Carrie standing hunched over, covered in blood. Several people are heard reflecting on the aftermath of Carrie's breakdown in which the unpopular girl, tormented for years by her religious zealot of a mother (Julianne Moore), kills most of her high school following a cruel prank. 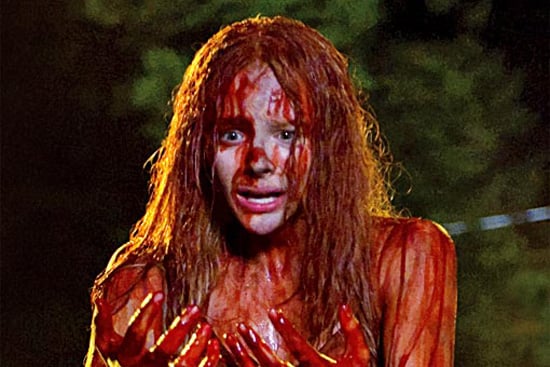 Many pop culture fiends already know the story, as it was first a Stephen King novel, which Brian De Palma turned into an iconic horror film in 1976. I do love Moretz for the lead, and the music that plays at the end of the trailer — "insane . . . insane" — is already haunting me. Looks like we're in for quite the remake come March 15; until then, you can watch the trailer after the jump.