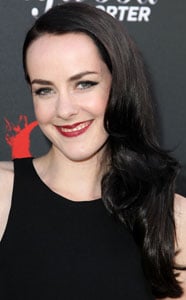 The cast of Catching Fire is starting to come together, and another coveted role is no longer up for grabs: Jena Malone is in negotiations to play Johanna Mason. It's a big part for The Hunger Games sequel, as Johanna plays an important role in Katniss's fate. Johanna is kind of a slippery character who gets under Katniss's skin (mostly because she prefers to walk around naked). Malone isn't exactly what I pictured when reading the book, but I've been a fan of hers since Stepmom and I'm looking forward to seeing what she does with the part. How do you feel about this bit of casting news?