Is it possible to love a movie just from its trailer? Because that's how I feel about Celeste and Jesse Forever, the indie dramedy starring Andy Samberg and Rashida Jones (who also cowrote the film) as exes who still hang out all the time. The former couple don't think it's weird that they still see each other every day, but they seem to be the only people who have that opinion, because all of their friends (including Ari Graynor and Elijah Wood) are either pointing out how unusual their relationship is or encouraging them to move on. 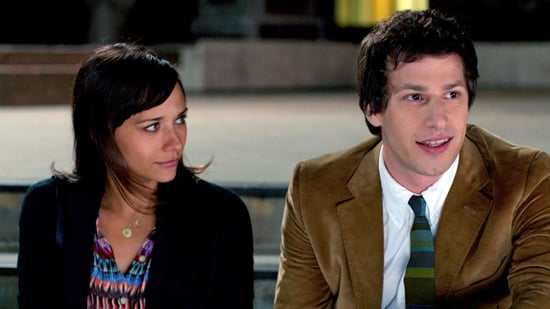 I like everything I'm seeing in this preview: Jones and Samberg look like they have amazing chemistry and the supporting cast is awesome (there's also Chris Messina and Emma Roberts). It also looks hilarious, even though it's not a straight comedy. The movie got great reviews at this year's Sundance Film Festival, so I can't wait to see Celeste and Jesse Forever when it comes out on Aug. 3. You can check out the trailer for yourself after the jump.

Beauty Shopping
15 Celebrity Beauty Products That Are Worth the Hype, According to Our Editors
by Jessica Harrington 1 day ago