Shia LaBeouf's character, Charlie, follows his heart in the Charlie Countryman trailer — even if it might get him killed in the process. When the passenger next to young Charlie on his flight to Europe dies, Charlie meets the deceased man's daughter, Gabi (Evan Rachel Wood, using a Romanian accent), and becomes smitten with her immediately. Just one problem: she's already married to a very scary crime boss (Mads Mikkelsen), and he's not about to let her go without a fight. Rupert Grint also shows up as Charlie's cohort. 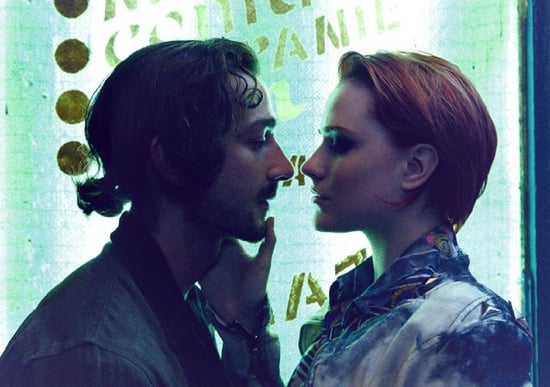 The preview is a wild, genre-bending ride (is it a thriller? A romantic drama? A comedy?), but the mix of elements makes it all the more intriguing. Plus LaBeouf reportedly dropped acid to get into character, so if that doesn't make you curious, we don't know what will. The movie got favorable reviews out of Sundance earlier this year, and will be released in theaters and VOD on Nov. 15. Watch the trailer after the jump.