Fasten your seat belts, Gillian Flynn fans. The first picture of Charlize Theron in Dark Places is here, and though it's not especially telling, it's still cool to finally meet Libby Day. In case you haven't gotten to the novel yet, Libby is the survivor of a fatal attack on her family. Years later, a group of cult murder enthusiasts force her to take a second look at the events she thinks she remembers. The movie version has enlisted an impressive cast including Chloë Moretz, Nicholas Hoult, and Christina Hendricks. Here's to seeing more pictures of the incredible cast before the film's Sept. 1, 2014, release date! 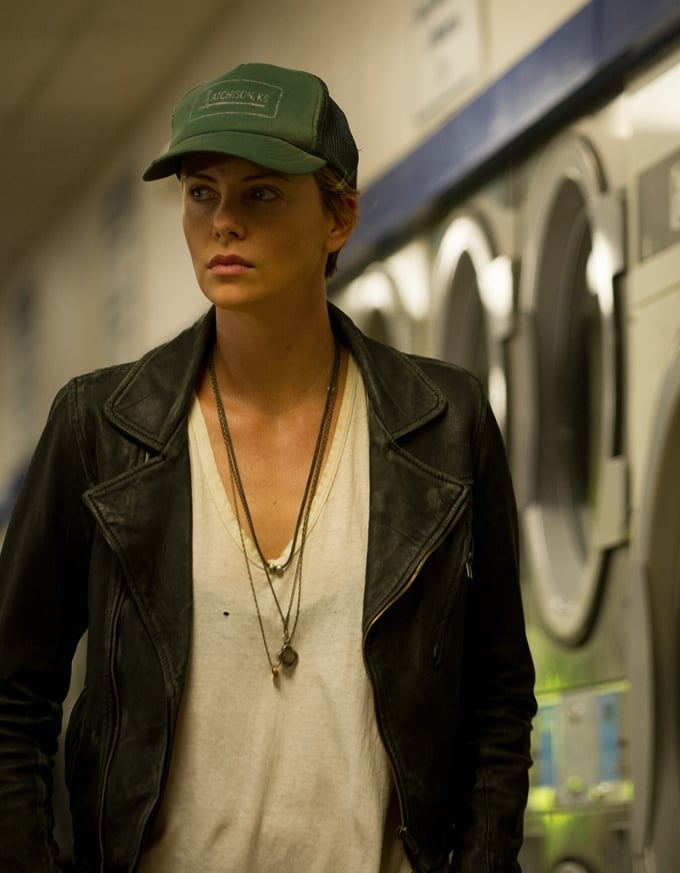 Netflix
Warning: These Hot Movies on Netflix This November Should Be Handled With Oven Mitts
by Corinne Sullivan 8 hours ago