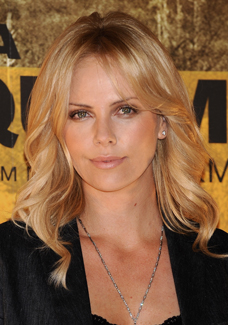 HBO has found a new killer inside it: Charlize Theron is teaming up with director David Fincher to produce new HBO original series Mind Hunter, about a serial killer profiler. Fincher and Theron are basing the show on the book Mind Hunter: Inside The FBI's Elite Serial Crime Unit, about real-life serial murderer tracker John Douglas. The plot may sound similar to Dexter, and interestingly, Dexter writer Scott Buck will write the pilot.

So far, it's unclear whether Theron will be starring as well as producing, but I'm more excited about the possibility of Fincher directing; he knows a thing or two about serial killers (Zodiac and Seven). Also, I have to say, I'm impressed by HBO continuing to snatch up high-profile film directors for its original series — they've already got Martin Scorsese for Boardwalk Empire, and now Fincher. I can't wait to see it pay off.