Update: It has been confirmed that Linda Hamilton has been cast as Mary Bartowski, Chuck and Ellie's mom!

Just like last year, the Chuck panel at Comic-Con was one of the silliest, most raucous, and most fun of the weekend. The fan reaction to the cast and crew of the show was impressive too — the amount of love in the room for the NBC series was heartwarming. We were treated to a reel of favorite moments from the last season, which featured lots of fights and Chuck/Sarah kisses, and it ended the same way the season finale ended: asking who Chuck's mom is. (Note: there was a scene of Linda Hamilton in Terminator but thus far, it appears the actress hasn't signed on for the role . . .yet.) 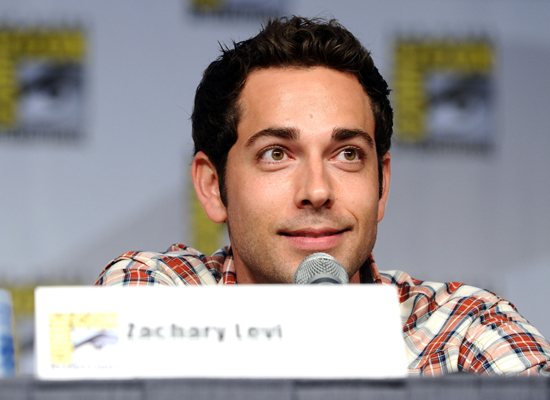 Stars Zachary Levi, Yvonne Strahowski, Joshua Gomez, Ryan McPartlin, Adam Baldwin, Sarah Lancaster, Vik Shay, Scott Krinsky, and Mark Christopher Lawrence were joined by showrunners Chris Fedak and Josh Schwartz — and each and every panel member danced out onstage. The good vibes kept rolling, with Baldwin addressing the fan support of the show and how it helped prevent the series from being canceled this year, saying, "you really put us over the top."

Hear about what you can expect in season four when you read more.

Netflix
After That Major Plot Twist, Pretty Smart Has to Be Getting a Season 2 — Right?
by Madison Tyler 5 hours ago