Eric Bana and Rebecca Hall bite off more than they can chew as defense lawyers for a bombing suspect in the upcoming thriller Closed Circuit. When they take on the case of a young man accused of setting off a bomb in a crowded London market, they dig too far and find out — via a nosy New York Times reporter (Julia Stiles) — that their client may have been recruited to be an informant by the British government, before "it all went wrong." Dun, dun, dun! 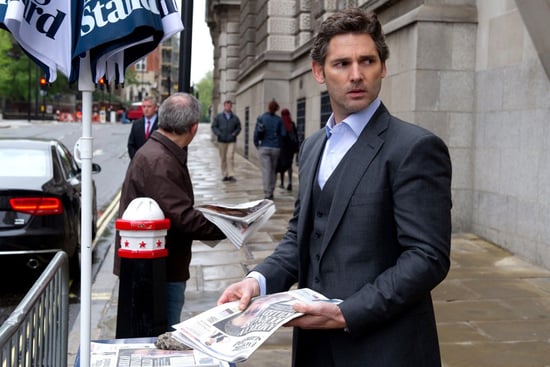 While I'm excited to see Riz Ahmed, a young actor who displays some real talent in this year's The Reluctant Fundamentalist, pop up here, Closed Circuit isn't really grabbing my attention. I like that it's exploring the idea that all those closed-circuit cameras can be used to help — or thwart — criminal cases, but I hope there are more twists than the ones already exposed in the trailer. The movie won't be in theaters until Aug. 28, but watch the trailer after the jump.

Movies
Spider-Man: No Way Home Will Be Swinging Into Theaters (Supposedly) by the End of 2021
by Amanda Prahl 22 hours ago

Netflix
The 20 Sexiest Movies Streaming on Netflix in March, For All Your Bookmarking Needs
by Corinne Sullivan 23 hours ago