New release Cloudy With a Chance of Meatballs 2 dominated the box office this weekend, taking in a total of $35 million. Last week's top earner, Prisoners, dropped to No. 2, with a haul of $11.3 million. It was followed by Rush, which made $10.3 million in its first week of wide release; Baggage Claim, which earned $9.3 million; and Joseph Gordon-Levitt's directorial debut, Don Jon, with a $9 million total. Metallica's concert film Metallica: Through the Never took in $1.7 million in its first weekend. 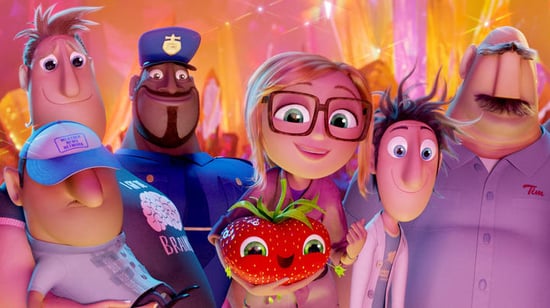 Emma Roberts
Emma Roberts Has a Cute Outfit For Every. Dang. Holiday. in Her New Film Holidate
by Sarah Wasilak 49 minutes ago

Movies
Who Plays Borat's Daughter, Tutar? We Finally Have an Answer
by Amanda Prahl 16 hours ago