Matt Damon came to Comic-Con for the first time to promote his new film, Elysium, which no one had seen footage from — until today! The panel audience was treated to a long preview of the movie, after which stars Damon, Jodie Foster, and Sharlto Copley came out to chat about the sci-fi action flick. They were with director Neill Blomkamp, who directed Copley in 2009's District 9, and he and the cast talked about Elysium's similarities to District 9, the stunts, and the rather yucky location shoots. Check out the details below. 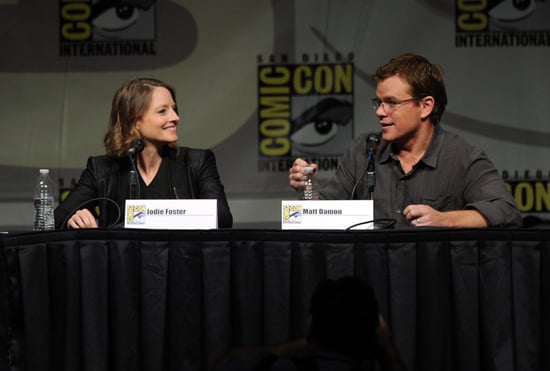 Netflix
This October, Netflix Is Turning Up the Heat With a Steamy Lineup of Sexy Movies
by Emily Weaver 4 hours ago