Greendale Community College was back in session last night as the stars of Community took over PaleyFest at the Saban Theatre in Beverly Hills. Yvette Nicole Brown, Gillian Jacobs, and Alison Brie joined Danny Pudi, Joel McHale, and other castmates for a walk down the red carpet followed by a panel discussion. They kicked things off with a hilarious table read, which involved a bit of physical acting when Joel and Jim Rash decided to take their tango scene to the stage. The cast also revealed a few new guest stars this season, including James Brolin, who will play Jeff's dad, and Malcolm McDowell, who plays a professor. The stars also announced that their characters will be immortalized as puppets in an upcoming episode airing later this season, which fans got a preview of last night. Check out all of the highlights: 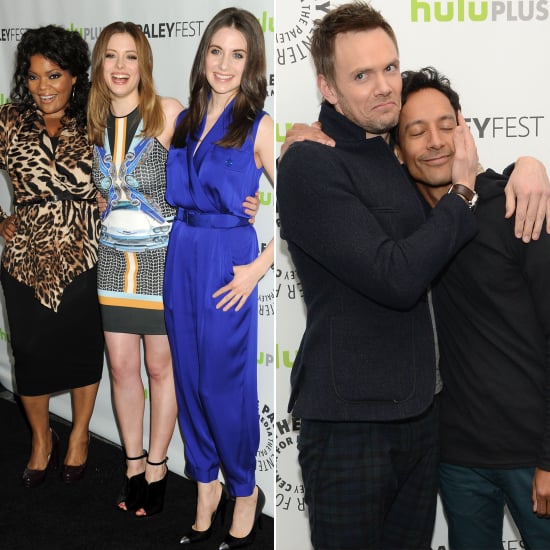 The Voice
The Voice: Watch This 14-Year-Old's Remarkable Audition That Got John Legend's Full Attention
by Karenna Meredith 8 hours ago