We've already gotten a little taste of The Counselor with its first teaser, but now the full trailer has arrived! It stars Michael Fassbender as a lawyer on the edge of making some pretty ambiguous moral decisions when he joins the drug trade. At his side is Penelope Cruz, who befriends Cameron Diaz, sporting some serious tats. Javier Bardem is there as an eccentric member of the gang, and Brad Pitt seems to be the voice of reason who is also a cowboy. Sound like its up your alley? Yeah, mine too. 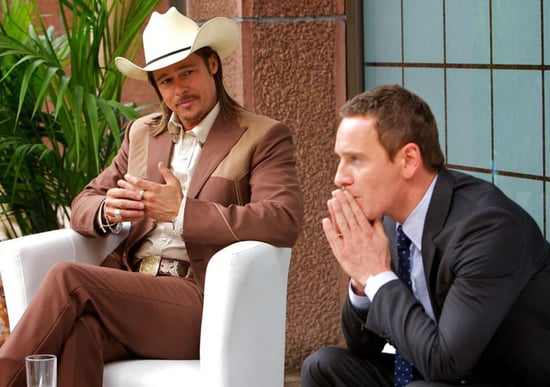 I'm excited for this, and not just because of all the hot people. OK, admittedly in part due to the hot people. But also because this genuinely looks good! Ridley Scott is directing, and that guy can work some magic behind the camera. I'm prepared for drugs, danger, and cheetahs. At least one cheetah. The movie opens on Oct. 25, and you can watch the trailer after the jump.

Movie Trailers
The Prom's Star-Studded Teaser Is So Fun and Extra, It Feels Like a Promposal
by Grayson Gilcrease 21 hours ago

Harry Shum Jr.
Harry Shum Jr. and Jessica Rothe's New Film, All My Life, Is Based on an Emotional True Story
by Kelsie Gibson 15 hours ago