Daniel Day-Lewis is no stranger to transforming himself for his films (and he's got two Oscars to prove it), but boy is he unrecognizable as our 16th president in this first official photo from Lincoln. Steven Spielberg's film, which also stars Sally Field and Joseph Gordon-Levitt, follows Abraham Lincoln in the last four months of his life. I can feel the award season buzz already, but we'll know more when the film hits theaters on Nov. 9. What do you think of the photo? 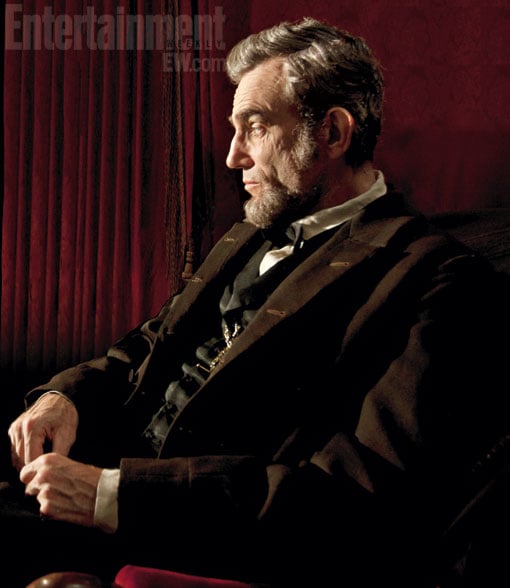