Danny McBride cowrote and costars in the medieval comedy Your Highness, which hits theaters on April 8. The actor plays the massively lazy Prince Thadeous to James Franco's Prince Fabius. When Fabius's fiancée is kidnapped, Thadeous is forced to go along on the wild ride to rescue her. Along the way, the bros encounter pervy old wizards, fierce female warriors, and even a fabled minotaur. Danny reunited with James in Beverly Hills for the movie's press day recently to talk about getting crude with Natalie Portman, working with Pineapple Express director David Gordon Green again, and which moments had him cracking up on set. Here are some highlights: 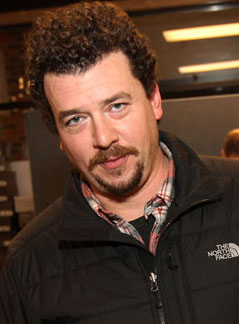 For the rest of Danny's interview, just read more