The teaser for Delivery Man introduced us to the comedy's main character, David Wozniak (Vince Vaughn), a man who had donated sperm anonymously to a clinic years before. Due to some kind of "mix-up," it turns out that David's sperm actually produced 533 children. Deep breath. 533 children, who now all want to know who dad is. Besides being hunted down by the now-grown kids, David doesn't really have much going on, aside from a girlfriend he keeps disappointing (Cobie Smulders), so it's pretty easy for him to secretly find the kids and become their "guardian angel." 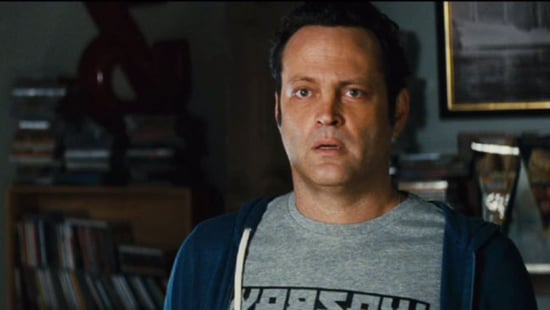 Despite the lowbrow-sounding premise, the trailer for Delivery Man actually looks pretty cute; it's more heartwarming than anything as David anonymously supports his (many) children from the sidelines. It's also funny, thanks to Chris Pratt, who plays David's friend, lawyer, and a pretty cute dad in his own right. The comedy comes out Oct. 4, and you can watch the full trailer after the jump.