ABC introduced several new shows at the Winter TCA, but the network closed out the day with a hit that's wrapping up its final run: Desperate Housewives. The soap is on its last season, so creator Marc Cherry joined the cast, including Eva Longoria, Teri Hatcher, and Felicity Huffman, to talk about the rest of the last season. The cast and crew had a lot of funny things to say about the matter, so I've highlighted the best quotes from the panel below. 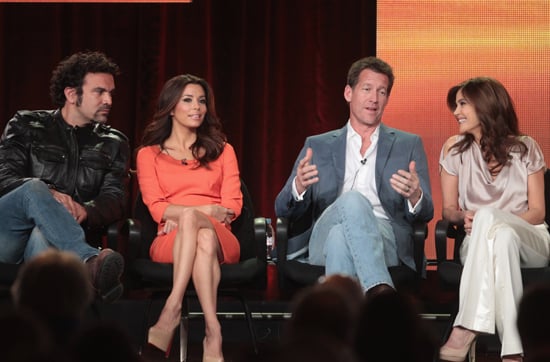