NBC's freshman Grimm took its turn at the Summer TCA and let its actors and showrunners discuss the fairy tale-themed police procedural. The premise follows a detective, Nick (David Giuntoli), who suddenly starts seeing monsters in the faces of humans. He discovers from a relative that he's one in a long line of "Grimms" — descendants of the writers who are tasked with finding and fighting the real-life versions of fairy tale villains. Check out the panel's highlights below for a taste of the upcoming series. 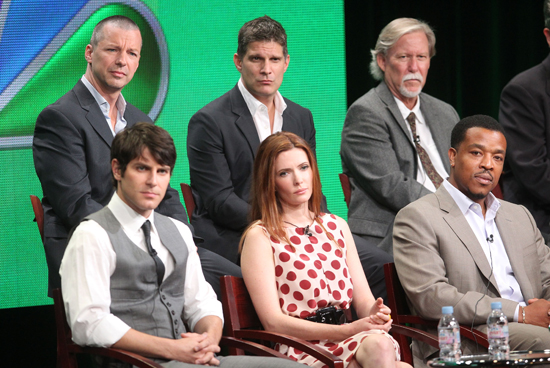 Read on for some more details about Grimm's TCA pilot.