Dexter season five starts on Sept. 26, but audience members at Comic-Con got a sneak peek at the new trailer, which is now here for you to see, too! The season starts off exactly where the last one ended — with Dexter finding Rita in the bathtub. As he reels, clutching their baby, he starts to feel an emotion he's not entirely familiar with: guilt. He even squeaks out something shocking: "I did it." 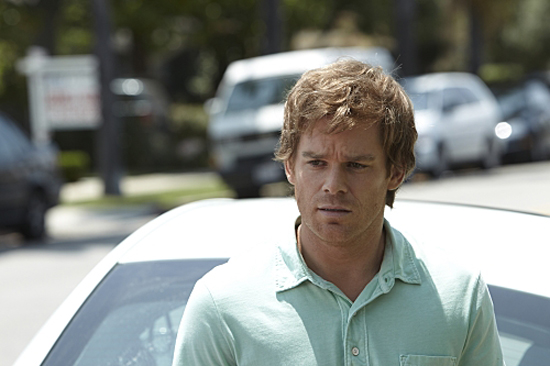 Indeed, we get to see hints of an investigation on Dexter, a confrontation between him and Quinn, and what appears to be real grief coming from the serial killer. Particularly affecting will be the guilt he feels from Rita's kids.

To watch it and see a whole gallery of photos from the upcoming season, just read more.

TV
Fixer Upper Is Back! Watch Chip and Joanna Gaines's Youngest Son, Crew, Help Out in This Sneak Peek
by Haley Lyndes 10 hours ago

TV
Could Pietro Maximoff Make a Comeback on WandaVision? We Have Some Ideas
by Mekishana Pierre 11 hours ago

Zendaya
Even After Winning an Emmy, Zendaya Still Considers Herself a "Disney Kid"
by Kelsie Gibson 13 hours ago