Showtime's serial-killer drama Dexter is back for its seventh season Sept. 30, and the cast and showrunners came to the TCA this week to talk about its return. Stars Michael C. Hall and Jennifer Carpenter, who play adoptive siblings Dexter and Deb, and their latest guest star, Chuck's Yvonne Strahovski, talked about the changes we'll see now that Deb knows the truth about Dexter. We also learned about Strahovski's character, so read on to find out about that and what else we can look forward to in season seven — which will probably be the next to last. 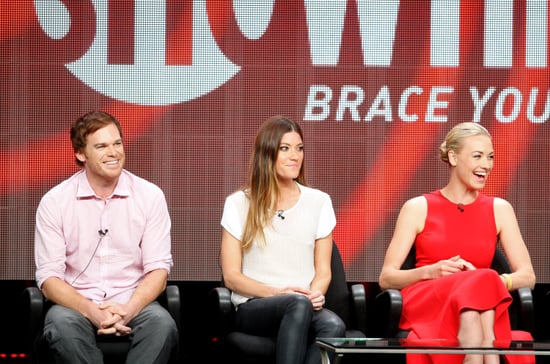