The Bridge has already aired its first few episodes, and the FX drama deservedly got the spotlight at the Summer TCA. The buzzy new show starring Diane Kruger and Demián Bichir set on the border of Mexico and the US got lots of questions about how Kruger prepped for her role as Sonya, a detective with Asperger syndrome. Kruger talked about her technical adviser, and if she reminds you of Homeland's Carrie at all, there is a reason for that. Kruger and Bichir also talked about their mutual admiration for each other and how soon the season's current mystery will be solved. 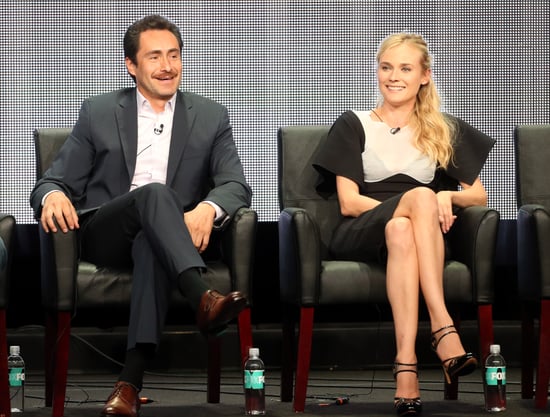