Diego Boneta has a major role in the upcoming Rock of Ages, which is out June 15. We visited the Miami set last August, and got the scoop on Julianne Hough's bikini and style secrets from the '80s period piece. Diego, a relative newcomer to Hollywood, also gave some insight about the project. He was excited to work with one of his acting idols, Tom Cruise, who proved to be an impressive mentor on the set. Diego spoke about jamming with Tom, as well as why he thinks everyone will love Rock of Ages. Diego said: 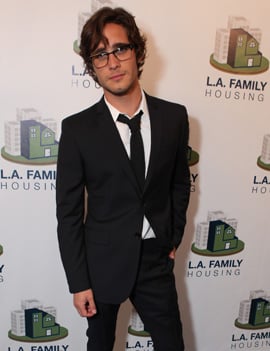 To read what else Diego said about the movie and Tom, just read more.