The adorable cast of Divergent made their Comic-Con debut on Thursday, showing off the very first footage of the movie (even though they wrapped filming just a few days ago!). As expected, the teaser for the YA adaptation is intense, promising, and had me wishing the March release date would get here a lot faster. The stars, including Shailene Woodley, Theo James, Zoe Kravitz, and a lot more took the stage with the book's author, Veronica Roth, and director Neil Burger, to promote the movie and answer fan questions. Whether you're one of the many have been anticipating this film or you're just hearing about it now, here are four new things you need to know about Divergent. 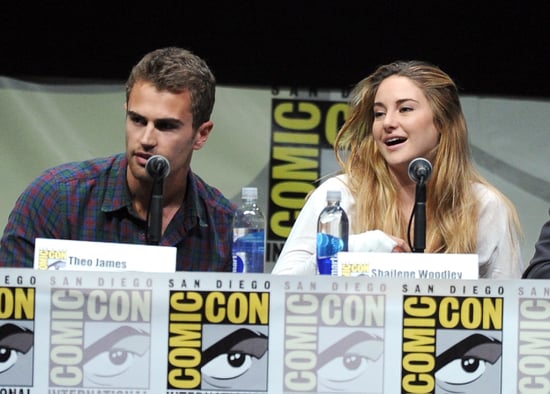 Fall Fashion
I'm a Banana Republic Shopping Pro, and These Are the 21 Items I'm Buying in November
by Macy Cate Williams 3 days ago

Zara
25 New Zara Pieces That Will Sell Out by November, According to Shopping Pros
by Macy Cate Williams 4 days ago

Product Reviews
I Own So Many Hoodies, but I Can't Stop Wearing This Cozy Sherpa One
by Krista Jones 3 days ago

Product Reviews
I Ordered Glasses For the First Time Online, and It Was Both Easy and Affordable
by Krista Jones 1 week ago