In the trailer for The To Do List, Aubrey Plaza plays a high schooler in the '90s who gives herself quite a checklist of tasks. Let me be clear — everything on her list is pretty dirty, because her character, Brandy, is trying to get as much sexual experience as she can before heading off to college. Previously titled Hand Job, the movie's cast is made up of an impressive ensemble of TV stars, including Connie Britton, Andy Samberg, Rachel Bilson, and Bill Hader (whose wife, Maggie Carey, wrote and directed the movie). Scott Porter also pops up to play Brandy's crush, while Donald Glover is the friend who's more than willing to experiment with her. 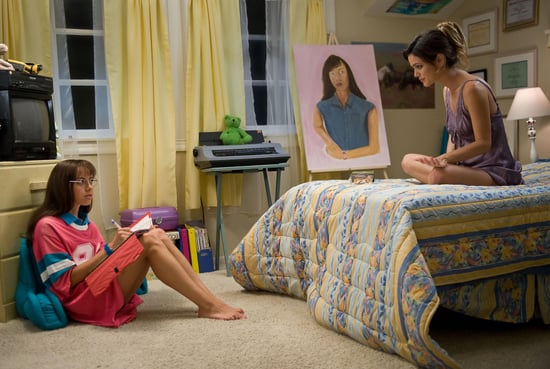 This red-band trailer is definitely not safe for work, but it is very funny — I particularity liked Bilson as Brandy's sister and the '90s references — even if Plaza herself interrupts the teaser a few times to tell you about the movie. As the lady says, The To Do List comes out on Valentine's Day 2013, but you can get your first look after the jump.